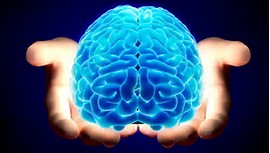 You know how some days your brain works better that others days.  Well Monday I cleaned the house and had put up a selection of snowmen figurines and nutcrackers, plus a small grapevine tree on top of my entertainment center.  To do this, I used a TWO step stool.  Now I was well aware that the step stool had TWO steps, so would one of you tell me WHY would I attempt to step from the top step to the floor?  I didn’t step down, I fell, landed on my butt, smashed my right fisted hand into the floor, hurt my right shoulder from the force of my fist connecting with the floor.  Twisted my ankle and somehow hurt my right knee.  I was saved from further injury to my head by falling against a soft leather chair.   My brain still got rattles. 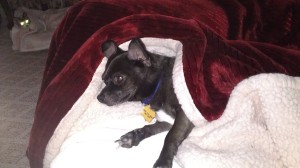 After I managed to sit up, all the while, trying not to use my right arm, my pups rushed to me and began trying to lick my face as I was close to tears from pulling such a stupid trick.  I KNOW THE STOOL HAS TWO STEPS!!!!  So don’t pull my stupid stunts, folks.  Anyway,  I’m a bit “stoveup” as the saying goes, but not seriously hurt.  My right hand and fingers are stiff, and I have a few scrapes and bruises, but I’m thankful I have hard bones, nothing was broken. But I am thankful for Advil and my muscle relaxers. 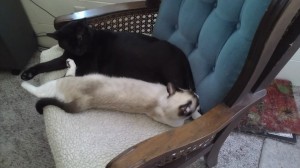 My cats Bandit, and Pyewacket have been on the hunt around the washing machine in my kitchen.  Sunday evening, Pyewacket rushed to the refrigerator and sat focused on the floor beneath it.  He stayed there all evening, waiting.  I flushed what I thought was a large (good size) spider from under the frig only to have it dart back under to safety.  Monday morning, Bandit is sitting on the opposite side of the fridge.  Pyewacket still on his side.  Now there is a space between the fridge and the window where I keep my mop and dust mop, ironing board and such.  That was where Bandit was on guard.  All of a sudden, she pounces and takes off running into the living room with me after her.  The last time she ate a spider, she threw it up.  Well it wasn’t a spider.  There was a long skinny tail hanging out of her mouth.  He headed for my art studio with me on the chase, all the while trying to figure out HOW am I going to get that mouse away from her?  In the studio, she turned, with me right behind her,  and made a run back to the living room where she dropped the mouse.  In one swift motion my other Chihuahua Joe grabbed the poor creature.  I don’t know if it was the shock of something wiggling in his mouth or what, but he immediately spit that mouse out.  And just as sudden, it vanished somewhere.  I haven’t seen it since.  So Mr. Mouse, Merry Christmas and stay out of my house.  I don’t want to find your little dead body anywhere.

So everyone have a great week.  Don’t pull my silly stunts and stay safe.  Merry Christmas and may the New Year be fantastic for us all.