Several years ago, maybe more than several, I was working another rewrite of A CIRCLE OF MURDERS.  On the world news that night was a story about the stoning death of a woman in a middle eastern country for adultery.  She was put to death, but her rotten husband, who stood by and let it happen, was not.  Of course I was shocked by this ignorance, and wondered how such practices could still exist in a modern world.  I forgot that a large part of the middle east still lives in the dark ages believing women are nothing more than the property of some middle ages minded man. 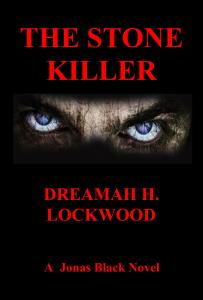 The title THE STONE KILLER jumped out at me and stuck.  Here I had a unique title for a novel, but no storyline.  As I continued the rewrite of my current book, A Circle of Murders, THE STONE KILLER idea churned in my brain.  Who was my killer, why was he killing, how did he commit his murders, who were his victims, how did he select them, on and on and on, the questions raced through my head.  Then slowly over time I discovered exactly who my killer was and the who, what, when, why and how he did what he did.  All the facts fell into place.   I knew my villain, but my other characters still had to be found and created.  slowly, one by one, they emerged from my brain.  First on the scene, besides my killer, were the identical  twins, Morgan Jansen and Marilyn Heddrix.  As I began to create their lives, they began to talk to me.  We have several sets of twins in our family and a history of twins so I had a ‘little’ knowledge about them.  But I needed to learn more, a lot more about identical twins and the bond that exists between them.   It does exist, but I wanted to know to what extent.  So I began to research and fill my notebook with factual information to use and take a bit of license with.  One fact about identical twins,  when one twin dies, the other experiences an overwhelming grief that sometimes they never get over.  So emerged my ghost.

Next came my cast of characters.  When you want to know the physical features of a character, find a photograph of an actor you like and use that as a reference point.  My male character is physically based on a man I used to know, but not his personality.  I kept searching for photos of each of my people until I had all their physical appearance firmly established in my mind .  I could glance at each photograph and know who was Addison Clay, or Jose Fernandez, and so on.   Each has their one profile book, which I keep adding to and more information emerges about them.  You have to do that with characters in a series.  It lists all the good, the bad and the ugly things about them.  My characters are not perfect.  No one is perfect.

I started the story with the first murder because I wanted my readers to be introduced to a bad man, a very bad, crazy man.  Once I had the prologue done, I turned to chapter one and proceeded to let the story develop from there.

Sometimes, book titles jump out at you and then the story follows.  Other times, it works in reverse.  Book titles appear everywhere.  You just have to snatch them up when they appear.  But, the one constant thing I have discovered is you have to know the crime and your killer first, the rest of the story will follow.

Everyone have a great week and stay safe.